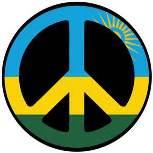 April 7 is marked by the UN as the Day of Remembrance of the Victims of the Rwandan Genocide. This day commemorates the deaths of 800.000 people who were murdered during the 1994 genocide directed against Tutsis and politically moderate Hutus in Rwanda. 20 years on, Rwanda has made considerable progress on the road to reconciliation. One of the first things the post-genocide government did was to eliminate the ethnicity reference in identification documents. All of the inhabitants are Rwandans. The legal process of investigating the genocide and restoring justice seems to be one of the most difficult aspects for the country.

Felix Ndahinda is Assistant Professor at Tilburg University. He has worked as a Legal Officer for the International Criminal Tribunal for Rwanda. He has also published several articles about the survivors of the Rwandan genocide. The Tuesday evening programmes of SIB-Utrecht are public and admission is free.