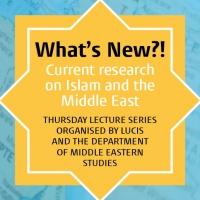 On Thursday 1 October, Mark Westmoreland will give a lecture on the politics of revolutionary video in Egypt in the lecture series "WHAT's NEW?! Current Research on Islam and the Middle East." The lecture takes place in Lipsius 228 at 17.15 hrs and will be followed by drinks.

Street Scenes: The Politics of Revolutionary Video in Egypt

This paper brings a critical eye to the scenes of street politics that circulated during the uprisings in Egypt. Given the return of authoritarian rule, there is an urgent need to assess the images that both enraptured global audiences and propelled Egyptians toward revolt in order to understand the significance of these images for future political imaginaries. Despite the apparent transparency of their meaning and widespread celebration of the popular protests indexed therein, these universalizing images belie the contestations over their significance on multiple registers. Accordingly, I will explore the “street” as a concept in Egyptian activist videos, which provides a very different kind of revolutionary iconography than those more sanitized global images of protest movements, and thus offers a radical reassessment of the kind of politics enacted on the ground.